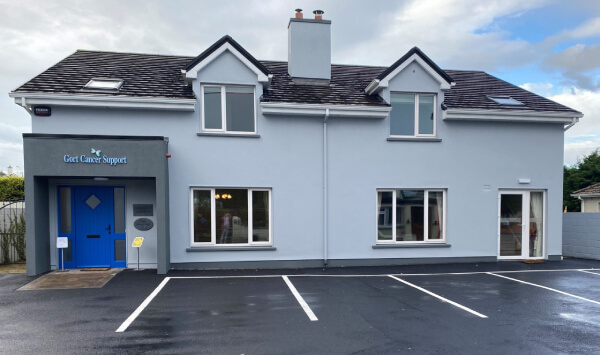 Gort Cancer Support was established in June 2007 to provide support and practical assistance to anyone affected by a cancer diagnosis in the South Galway/North Clare areas.

Gort Cancer Support Centre moved to a semi-detached house in Garrabeg, Gort in 2012 thanks to a very generous donation by kind benefactors.

We were successful in securing a Lottery Grant in 2015 which allowed us to extend our facilities with the addition of a Studio Room in 2016.

Due to the huge increase in the number of people requiring our supportive services, it became apparent we needed ground floor treatment rooms and a dedicated play therapy room.

Having secured a mortgage in November 2019 we purchased the adjoining semi-detached house. This has been amalgamated into our existing premises and has been named Hollyblue House after the Hollyblue butterfly which is one of the first blue butterflies of spring and represents hope and serenity.